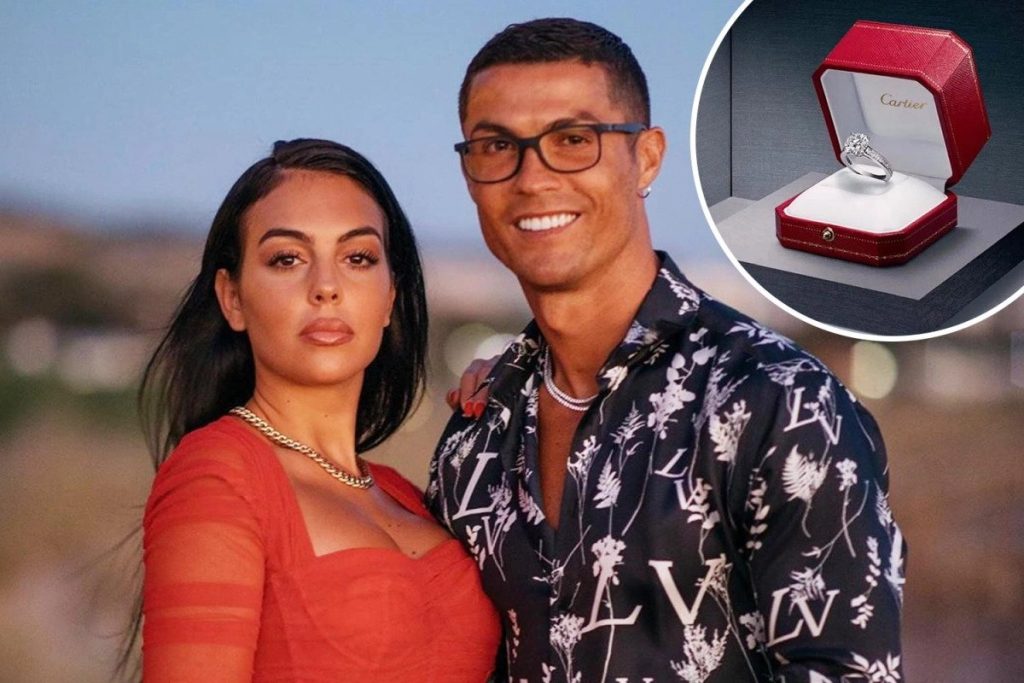 Portugal captain Cristiano Ronaldo has topped the footballers’ engagement ring league by giving his fiancée Georgina Rodriguez the most expensive sparkler ever.

According to multiple reports Ronaldo splashed about £615,000 on the diamond number.

While the two have kept their relationship hush-hush since hooking up in 2016, Rodriguez has been spotted wearing what appears to be an engagement ring on several occasions.

Her reaction on Instagram on a post of the Cartier ring fuelled speculation that the Juventus forward had indeed purchased it.

Other footballers that have bought notably expensive pieces for their girlfriends include Jordan Pickford who bought his wife Megan Davison a £500,000 ring and Ashley Cole’s who purchased a £275,000 ring for ex-wife Cheryl.

Rodriguez has in the past spoken about how she met the Portuguese forward, describing their relationship as “love at first sight.”

“Our first meeting was at Gucci, where I worked as a sales assistant,” she recalled in an interview with The Sun.

“Days later, we saw each other again at another brand’s event.

It was then that we could talk in a relaxed atmosphere, outside my work environment. It was love at first sight for both.”

Before meeting Ronaldo, Georgina worked at a Gucci store in the Spanish capital of Madrid. It’s believed the Spanish beauty caught the eye of Cristiano Ronaldo in the VIP area of a Dolce & Gabbana event.

The couple now has one child together.