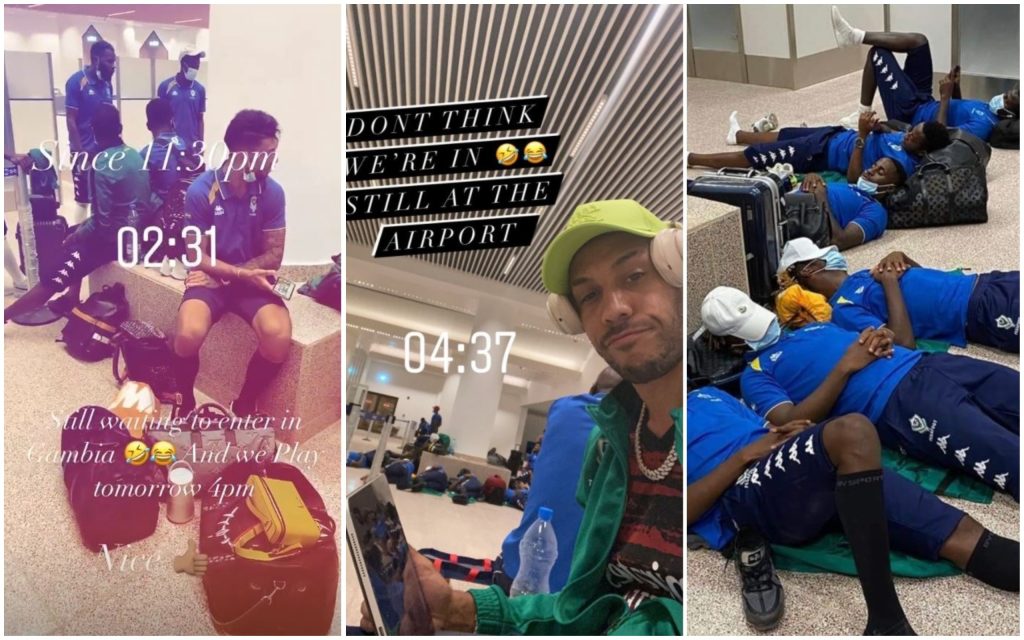 Arsenal captain Pierre-Emerick Aubameyang and his Gabon team-mates were held hostage and forced to spend the night sleeping on the airport floor ahead of an Africa Cup of Nations qualifier against Gambia.

Arsenal captain Pierre-Emerick Aubameyang and his Gabon team-mates were held hostage and forced to spend the night sleeping on the airport floor ahead of an Africa Cup of Nations qualifier against Gambia.

Aubameyang used his Twitter account to highlight their ordeal; “Nice job CAF, it’s as if we were back in the 1990s,” he wrote in a reference to previous episodes of ill treatment that have been blamed on the bungling Confederation of African Football (CAF).

Ahead of Monday’s Group D clash in the Gambian capital, Aubameyang highlighted their plight after arriving at Banjul airport on Sunday.

He claims they were not allowed to leave the airport because of an administrative problem and were forced to sleep on the floor before being allowed to leave in the morning after government intervention.

‘Just want to know why Gambia keep our passports for Hours and they keep us at the Airport are we hostage or what?

‘Are you gonna close your eyes ? Want to see the Next Episode of this Film,’ he added.

‘It will not demotivate us but people need to know and especially that the @CAF_Online [Confederation of African Football] take these responsibilities,’ Aubameyang replied.