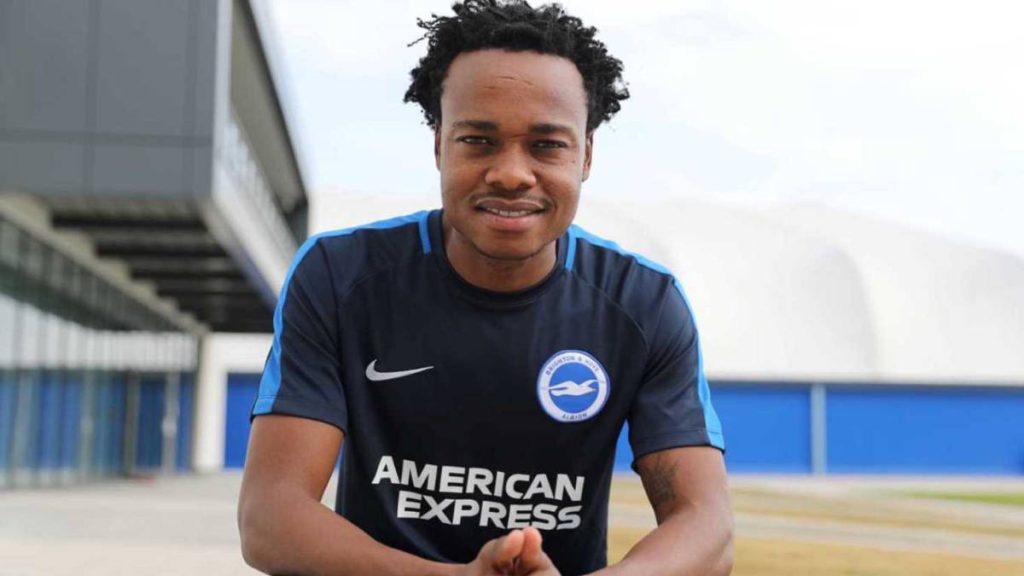 After hopping from one club to another Belgian based South African star Percy Tau believes he is still good enough for the English Premier League.

However, he failed to secure a work permit in England because he could not meet the requirements – due to inferior caps and Bafana Bafana’s below – par CAF and FIFA rankings. He was then loaned out to Belgian second division, the Proximus league.

Tau went all out winning the Player of the season while at Royale Union Saint-Gilloise. The next season he moved to Pro League giants Club Brugge.

While at Brugge the 26 year old kept his light shining as he won the championship and played in the UEFA champions league.

Tau who’s currently at Anderlecht is working tirelessly to increase his chances of playing in the English Premier League.

For this to happen Tau has to inspire Bafana Bafana to a formidable spot on the ranking.

“I think I’ve been doing well, and I’ve been trying my best everytime (I play). I’ve been on loan for three seasons but I think there’s been progress in my game,” Tau said.

Tau has so far done a good job considering that he started and scored a brace when South Africa beat Sao Tome and Principe 2-0 in the first back to back African Cup of Nations (AFCON) qualifiers on Friday night.

Tau could increase his chances in the EPL by maintaining his performance in their next match against Sao Tome and Principe which could see South Africa taking a step closer in qualifying for the continental shield to be held in Cameroon in 2022.