Bookies: Allegri favourite to be appointed if Arteta is sacked by Arsenal 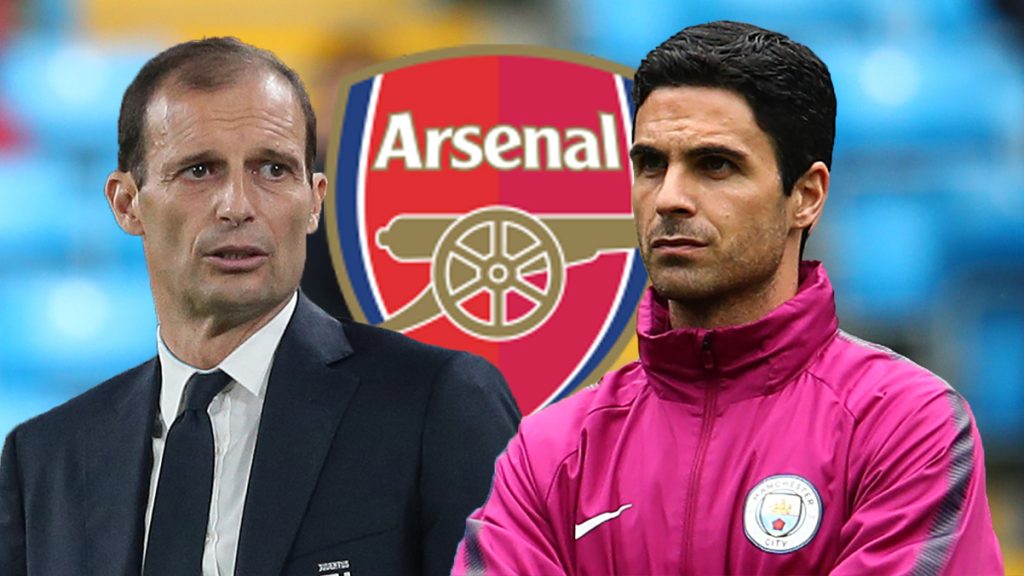 Allegri favourite to be appointed if Arteta is sacked by Arsenal

Bookmakers have slashed the odds on manager Mikel Arteta being sacked by Arsenal before the end of the season. Defeat to Tottenham at the weekend saw his odds shorten to 6/4. Six-time Serie A winner Massimiliano Allegri is now the current favourite at 2/1 to replace Arteta.

Others linked to the job include Paris Saint-Germain boss Thomas Tuchel who comes next in the market at 4/1. Leicester manager Brendan Rodgers follows the leading candidates at 15/1, while Patrick Vieira and Diego Simeone both locked together at 10s.

The Gunners are now 15th in the Premier League standings.

Allegri heightened speculation after an interview with the Times this week where he said: ‘I would like to experience the Premier League. In Italy, I was in Milan for four years. Five years in Juventus. Now I expect (to work again) in Italy, but it is difficult, or in England.

‘For me, English football is improving now because there are a lot of foreign trainers. There are more tactics compared to ten years ago. England now is more sophisticated, and more tactical, but is also respecting the tradition of English football.

‘It’s a good balance of the spirit of English football and the new quality and new tactical approach of the new coaches.’