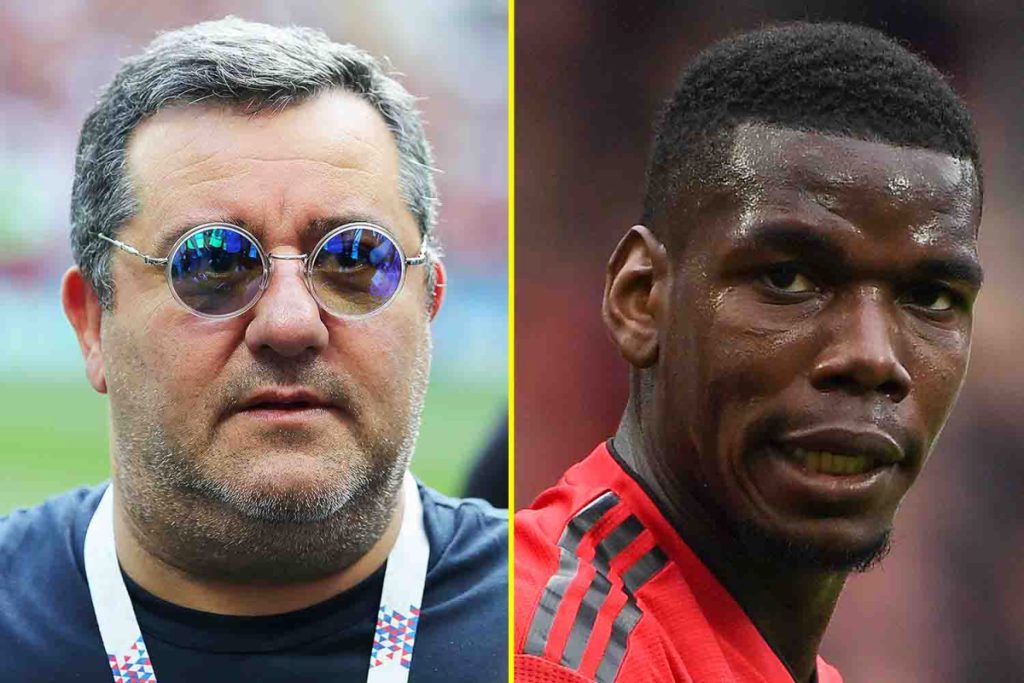 Paul Pogba's agent Mino Raiola is in the news again after claiming the France star is finished at Manchester United and he will not be signing a new contract and wants a move in January.

Paul Pogba’s agent Mino Raiola is in the news again after claiming the France star is finished at Manchester United and he will not be signing a new contract and wants a move in January.

According to Raiola, Pogba is unhappy at the club can no longer express himself on the pitch. Pogba will be a free agent in 18 months time and Raiola said the club should sell him before that.

“I can say that it’s over for Paul Pogba at Manchester United. It is useless to go around it.

“Better to speak clearly, look ahead and not waste time looking for culprits: Paul at Manchester United is unhappy, he is no longer able to express himself as he would like and as expected of him.

“He has to change teams, he has to change the air. He has a contract that will expire in a year and a half, in the summer of 2022, but I think the best solution for the parties is to sell in the next market.

“Otherwise, the Old Trafford club, with whom relations are excellent, knows well that they would risk losing him on a free transfer, given that for the moment it is not the player’s intention to extend the contract.

“If someone doesn’t understand it, they understand very little about football. In any case, let them blame me if Paul leaves next summer.”

Pogba has been angling for a move since 2019 but United’s £180million valuation put off a lot of clubs. Its believed United would now accept the £89million they paid Juventus in August 2016.

“The problem is they did not deal with it at the beginning of the season. He talked to the board and said he wanted to leave. It is difficult to blame him because he has been honest with the board.”

Pogba has in the past expressed his desire to join Real Madrid. Speaking in October, Pogba said;

“Today, I am still at Manchester United and I am fighting to try to take the club even higher. We have all heard these things that have been said. What to respond?

“Yes, all footballers would like to play for Real Madrid. Maybe it is a dream. It is a dream for me, why not one day? As I have said, I am at Manchester United and I like my club.

“I am performing at Manchester United, I am enjoying myself and I want to do everything I can to get the club back to where it deserves to be. I am going to give my maximum, like my teammates. I prefer to concentrate on football and on returning to fitness.”