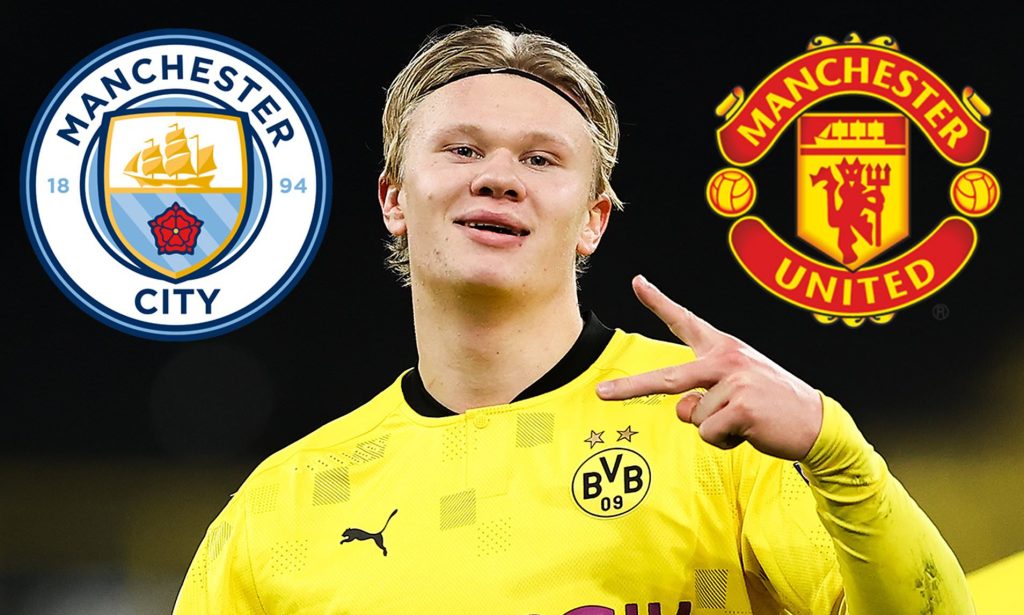 The two Manchester teams are likely to be embroiled in an epic bid to get his signature, next summer with Dortmund keen to cash in before his his £65m release clause comes into effect.

With Manchester City already planning for the future given Sergio Aguero’s age and time at the Etihad Stadium, Haaland’s performances have made him a much sought after player.

Although Manchester United’s primary target is to sign a right winger, there is a growing sense that signing the Norwegian forward would represent a shrewd investment and will get the team goals.

On the other hand, Man City see the 20-year-old forward (Haaland) as a direct replacement for Aguero whose time at the Etihad Stadium draws to an end.

The two Manchester clubs might face stiff competition from Spanish giants Real Madrid who could also bid for the striker if they are in a good financial position.