Solskjaer insists Manchester United will not ‘press the panic button’ 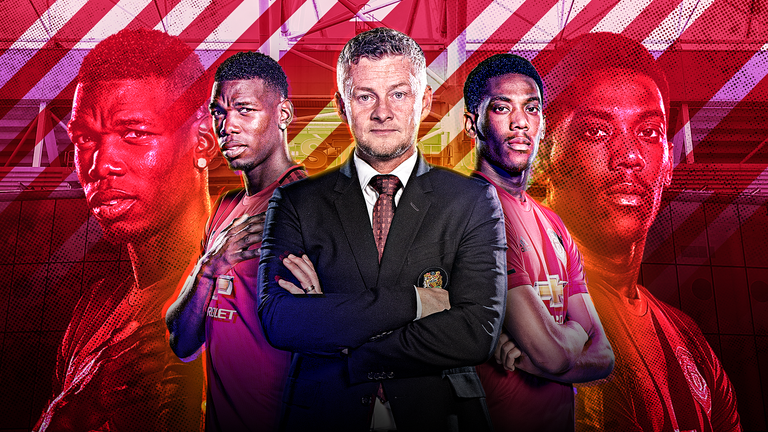 Manchester United manager Ole Gunnar Solskjaer says they will not “press the panic button” just because they were knocked out of the Champions League by Bundesliga side RB Leipzig.

United lost away 3-2 to RB Leipzig on Tuesday, resulting in the team’s continuation of a poor record in the prestigious competition. Last year, the Red Devils were knocked out by Spanish giants, FC Barcelona in the quarter final stages.

Man United’s early exit from the Champions League put Solskjaer in the crosshairs of fans who are questioning his competence to produce better results for the squad.

The former Manchester United striker (Ole) said his team remain determined and they have moved on to focus on future games.

“It is important not to press the panic button every time because in football you cannot win every single game.

“There are games you lose that hurt more than others and some losses have more consequence than others.

“We have handled setbacks quite well and the reality is we are out of the Champions League for the rest of the season. We have to move on and get back into it,” Solskjaer said.

Recently, there has been a lot of rumours coming from different sources that point to Ole’s exit from the team with the former Tottenham manager, Mauricio Pochettino speculated to replace him.

Though, United’s sources hold up that the club is fully behind the coach and the future is solid. This message has not impressed many fans who think it is high time the manager packs his bags.

It seems United’s supremo is completely in contrary with that view and the message is reinforced by Solskjaer who looks prepared ahead of Saturday’s Manchester derby, at 19:30pm.

This will be the 183rd derby as Red Devils will host rivals Manchester City, with an advantage following United’s last season’s Premier League double over City after a decade.

Striker, Anthony Martial is set to return to the United squad after missing the trip to Germany through injury, although fellow striker Edinson Cavani remains a doubt.

On Paul Pogba, the manager avoided answering on what the player’s agent, Mino Raiola said in an interview that was published on the eve of the Leipzig defeat, that his client wants to leave the club.

“I speak to my players on a daily basis and Paul Pogba is no different,” said Solskjaer. He added: “Whatever anyone’s representatives say can’t affect me. I have said all I want to about that.”

Man U and Man City have both played 10 games and each remain with a game in hand.