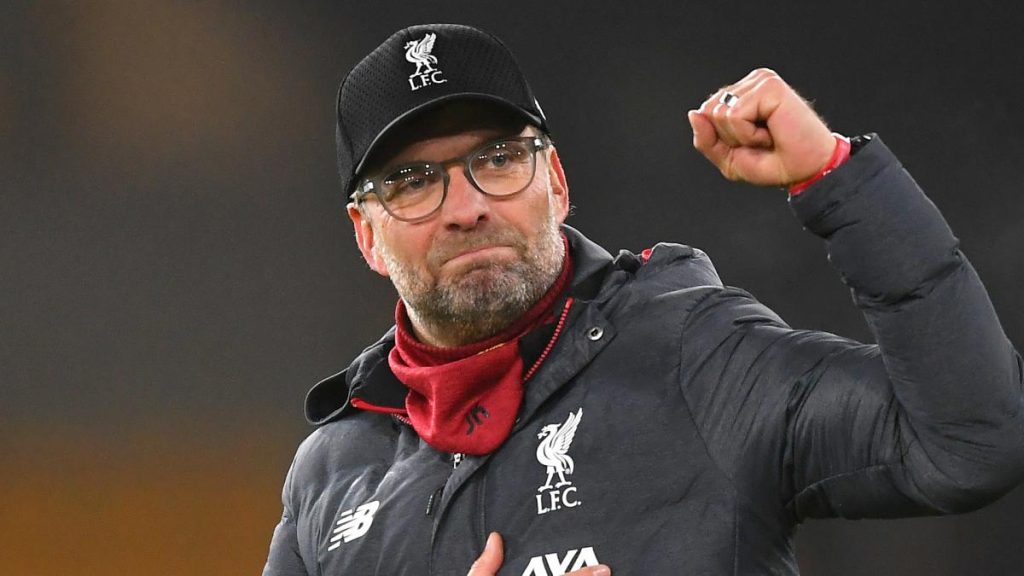 Liverpool manager Jurgen Klopp has made history after being been named the best men’s coach for 2020 at the Best FIFA awards for the second year in a row.

Klopp beat off competition from Bayern Munich’s Hansi Flick and Leeds boss Marcelo Bielsa who were the other finalists for the award.

The award is seen as just reward for Klopp who ended Liverpool’s 30-year wait to win the top flight title by winning the 2019-20 Premier League on top of the the 2018-2019 Champions League.

Klopp was full of praise for his coaching team, saying:

“I have so many people to thank and most of all my coaches. If I had known we’d won it my coaches would be here with me. What we did in the last year is all about these boys.

“We didn’t dream 30 years but we dream already for a few years. It was absolutely exceptional and we all had a special year in an unfortunately not so positive way but for Liverpool fans at least we could make some highlights in a tricky period.

On winning the title, Klopp said; “I had no idea how it would feel and it felt absolutely overwhelming.”