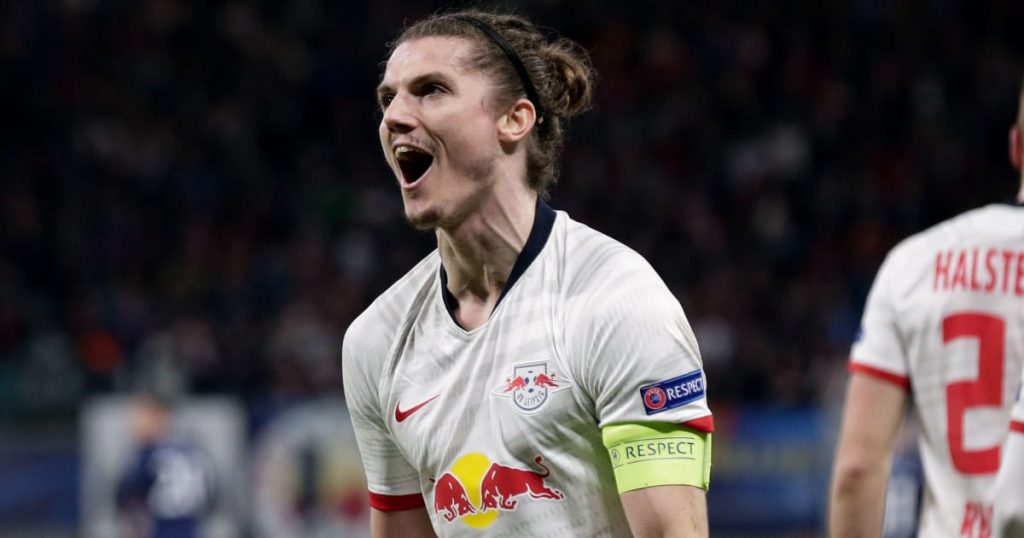 According to multiple media reports, the Bundesliga outfit’s sporting director Markus Krosche confirmed a number of clubs were interested.

“As I said, he has made a great development. It goes without saying that other clubs also notice this,” he said.

“I don’t like singling out anyone individually. But Marcel Sabitzer has really developed well.

“I also deal with him outside of the field. He accepts the role of captain extremely well and has matured even further as an individual.”

“The way he plays, 26-years-old, it’s a good age, all that energy. I think he’s ready [to play in the Premier League].

“He would be a great signing, potentially quite cheap as well for the kind of player that you’re getting. It’s a no-brainer.”

Meanwhile Arsenal are reportedly keen to get rid of defender Shkodran Mustafi who is costing the Gunners £90,000-per-week in a contract that runs out at the end of the season.

There were some reports Barcelona were interested in him as a cheap replacement for Gerard Pique who suffered a long term knee injury in November.

Arsenal are also looking at loaning out French youngster William Saliba, offloading defender Sokratis, whose contract winds down at the end of the season.

The Mesut Ozil situation is another one to keep any eye on. Turkish giants Fenerbahce have expressed interest in signing the 32-year-old in January.