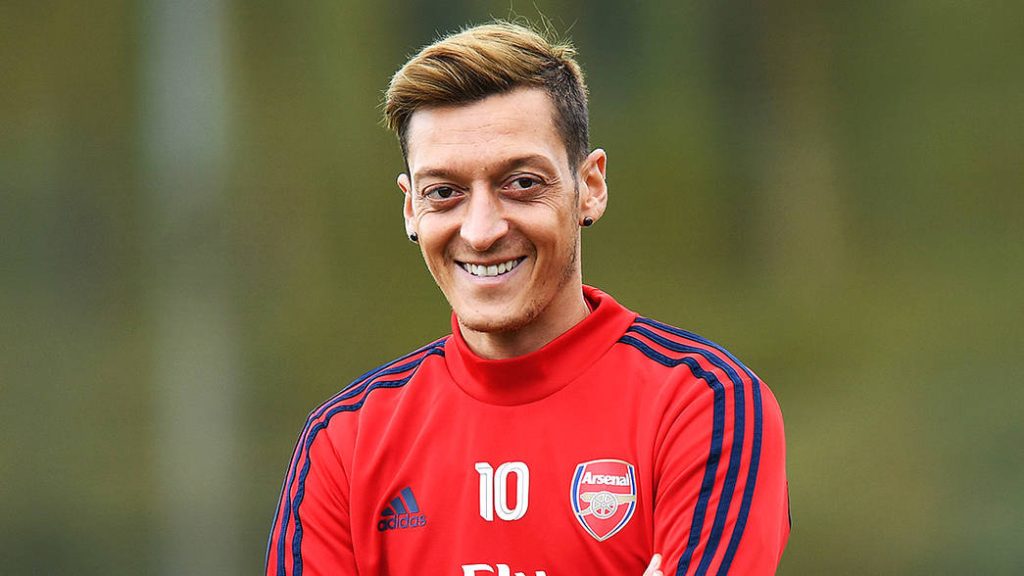 Mesut Ozil could be headed for the Arsenal exit door before the January transfer window closes amid rumours he will join Turkish giants Fenerbahce.

Mesut Ozil’s agent has confirmed the £350,000 a week star is in advanced talks to leave Arsenal with multiple reports suggesting he has agreed to join Fenerbahce in Turkey this month.

Ozil’s agent, Dr Erkut Sogut however said he was unsure whether his client will leave in January or wait till the end of the season when his contract with the Gunners runs out.

He told ESPN: ‘I can’t talk about the clubs directly because it would be unprofessional but generally, there is six months left on the contract and it is nothing unusual that we will talk to people about different opportunities and try to find the best option for Mesut.

‘He might stay at Arsenal until the summer but he might go. Mesut’s priority is to stay but you never know in football, things can change very fast. For the moment, we are just checking all the options for January and the summer.

‘If we want to leave in January, I need to talk to Arsenal. If we sign for the summer, we don’t need to. That’s the situation. In the next seven to ten days, it will be a little clearer as now the transfer window is open, things can move faster.’

There is also speculation there are clubs in the MLS, Qatar and Asia that are interested in signing the German world cup winner after he was frozen out of the team by manager Mikel Arteta.

The most solid report so far suggests Fenerbahce have offered a contract worth £4.5m a year including a £2.2m singing on fee. Arsenal under the deal would pay his wages for the first six months before Fenerbahce take over in the three-and-a-half year deal.