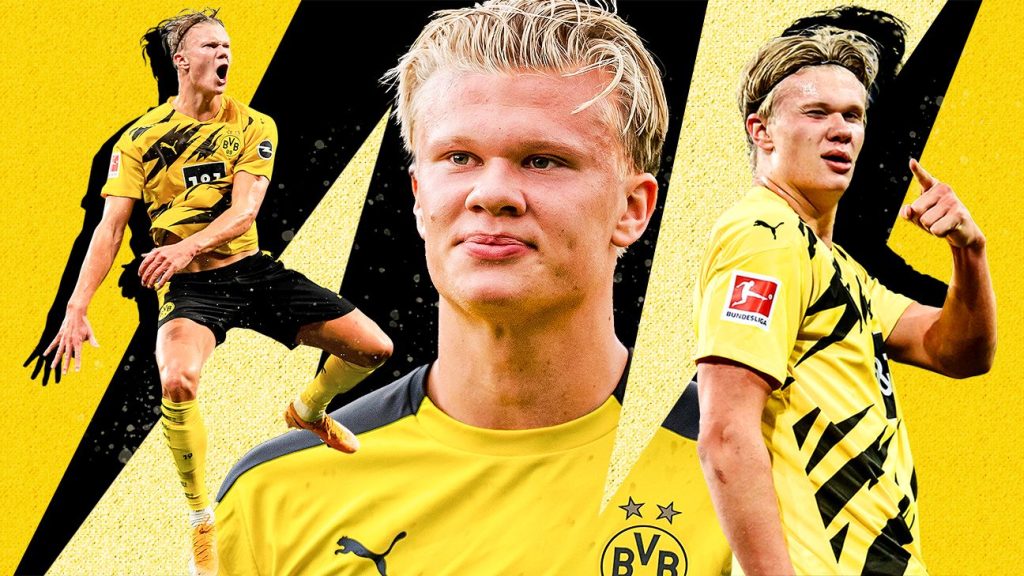 English premiership side Everton once rejected the chance to sign current Borussia Dortmund goal machine Erling Haaland after he completed a four-day trial with the club as a teenager.

Speaking to the Liverpool Echo, Ian Atkins (Everton’s head of European recruitment until 2016) said Haaland was a striker at Norwegian club Bryne and Everton had invited him to come and train with their academy.

Atkins admits “He was one that got away for Everton. Brian King was really excited about this kid. He’d watched Haaland a lot and rated him really highly. He gets on to the club and manages to get him in for four days with the academy so that the coaches can have a look at him and see what they think.

“This is when Haaland is at Bryne, before the Molde move, so he’s raw but he’s got all these great attributes you don’t often see in someone so young.

“He comes in for four days and the academy decided he wasn’t good enough, something that Brian King didn’t agree with.

“He thought there was a real talent in there but they didn’t agree. He was one that got away for Everton, but you get that in football. I think Haaland would have suited the English game, though.”

In the end Haaland signed for Molde and played under current Manchester United manager Ole Gunnar Solskjaer. He went on to score 20 goals in 50 games which earned him a move to Red Bull Salzburg in Austria.

Dortmund where to later poach the teenager from Salzburg and after an impressive start to his career in the Bundesliga, his market value has shot through the roof to over £100m thanks to exploits in the Champions League.