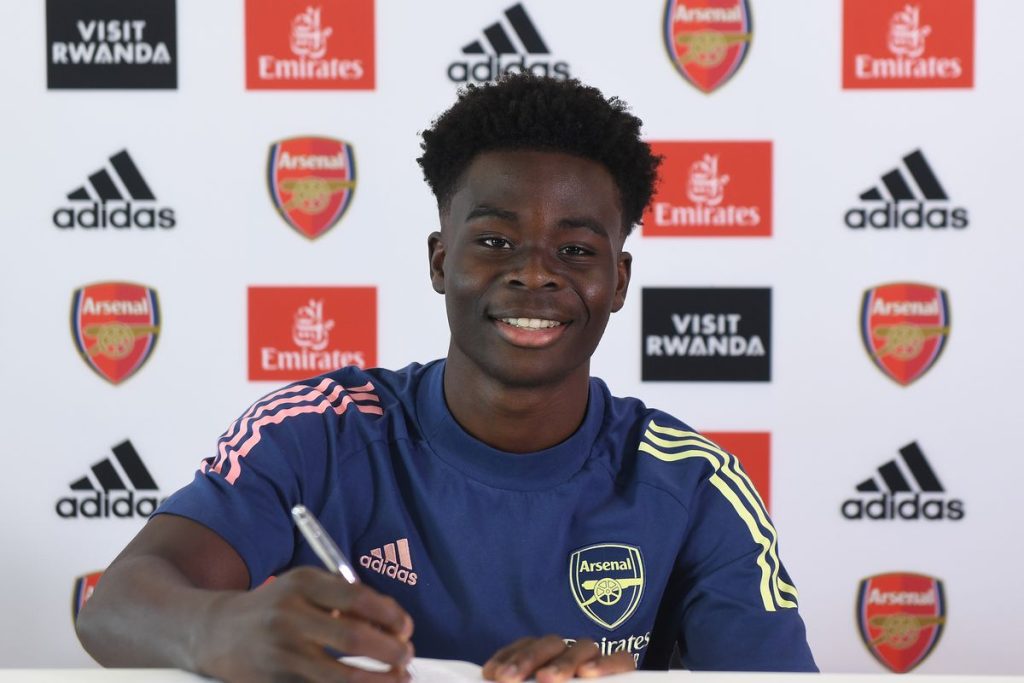 Arsenal’s 19-year-old winger Bukayo Saka is now estimated to be worth between £100 million and £130 million according to the CIES Football Observatory, who carefully calculate players’ values.

Saka is tied down to a contract with Arsenal until 2024, having signed a new deal last summer after impressing manager Mikel Arteta.

This season he has scored six goals and assisting seven across all competitions, the third most goal involvements in the squad.