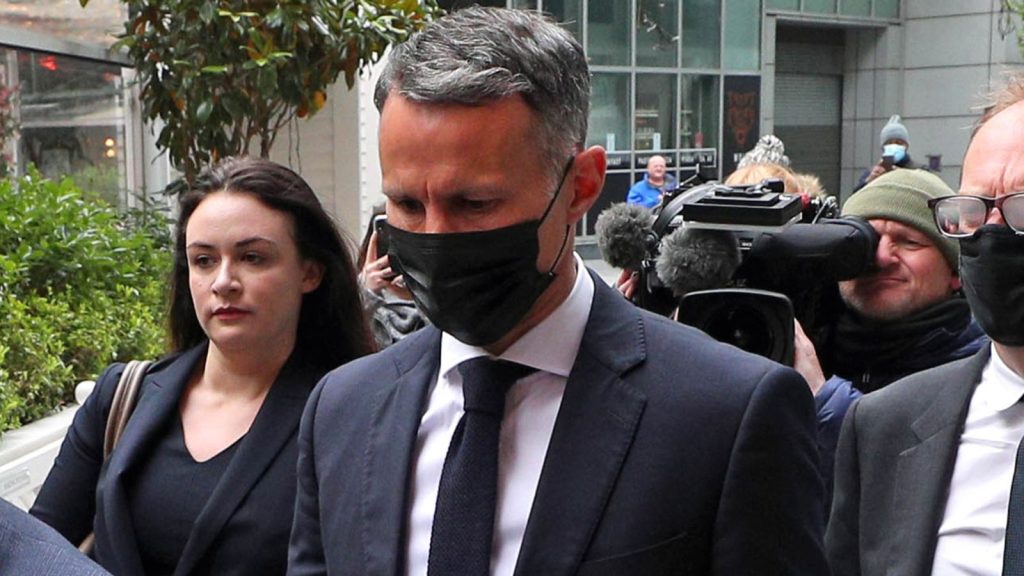 Ryan Giggs appeared in court on Wednesday to deny charges of assaulting his ex-girlfriend and her sister and controlling or coercive behaviour.

Former Manchester United winger Ryan Giggs appeared in court on Wednesday to deny charges of assaulting his ex-girlfriend and her sister and controlling or coercive behaviour.

It was alleged Giggs ‘repeatedly engaged’ in behaviour towards Kate Greville, his ex-lover, that included isolation, humiliation, harassment, belittling and degradation.

Giggs denied all the charges levelled against him by his ex who said the abuse happened last year on 1 November at his home in Worsley, Greater Manchester.

Another charge filed against the football star was that he assaulted Kate’s sister, Emma Greville during the same alleged incident.

The charge of controlling and coercive behaviour in an intimate relationship claiming the abuse lasted spanned for three years between December 2017 and November 2, 2020.

The full charges were read to him as he wore a black suit and black tie but he pleaded not guilty.

It was alleged that between 1 December 2017 and November 2, 2020 he repeatedly engaged in behaviour which was controlling.

Deputy Chief Magistrate Tan Ikran sent the case to be tried by a jury, freeing Giggs on bail until a hearing at Manchester crown court on May 26.