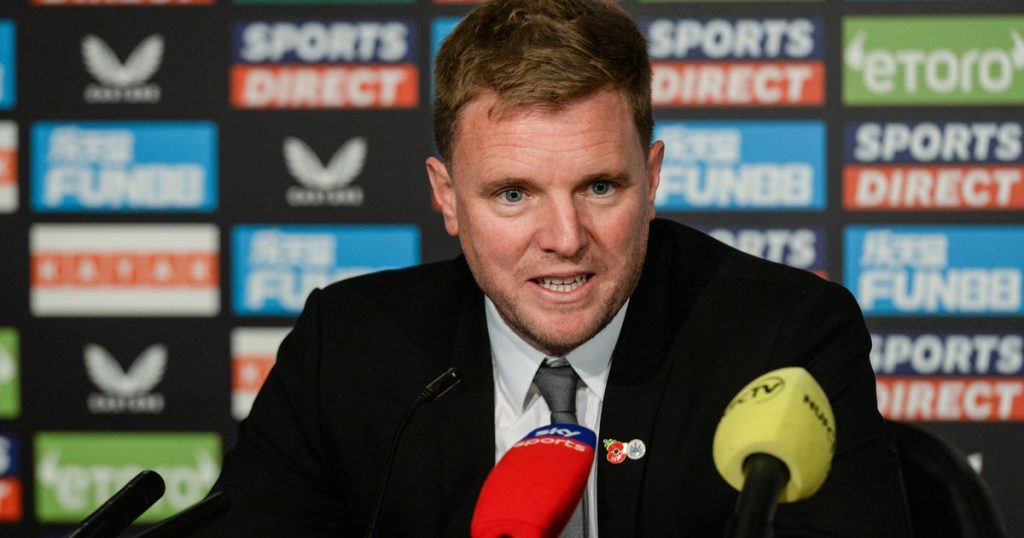 Eddie Howe dodged tricky questions about Newcastle United’s recent Saudi Arabian-led takeover given its appalling human rights record, telling a packed media room that “for me it was a football decision. I’m absolutely delighted to be here. My focus is football – that’s all I’m going to concern myself with.”

After sacking Steve Bruce, Newcastle interviewed former Roma boss Paulo Fonseca, before being turned down by former Arsenal and current Villarreal manager Unai Emery. The club eventually went for Howe whose stock rose as Bournemouth manager, keeping them in the Premiership Premier League for five seasons before suffering relegation in 2020.

In his first press conference Howe said “Please excuse the voice. It’s not quite at the normal pitch but I’ve done a lot of shouting in the last two days. Success now is staying in the Premier League; it’s going to be a real challenge,” said the 43-year-old.

“I’m not underestimating it. I’m sure there are plenty of managers around the world who would put their hands up for that. But, OK, if you’re narrowing it down to English football, it’s not an easy job,” Howe admitted.

Asked whether the involvement of Saudi Arabia in the takeover of the club given its appalling human rights record affected him given his principles, Howe said;

“For me it was a football decision,” he said. “I’m absolutely delighted to be here. My focus is football – that’s all I’m going to concern myself with. I’ll give everything to the job, every single day. But success is going to take a lot of hard work, a lot of sacrifice and a lot of suffering from everyone here.”

“It’s an incredible moment in my life,” acknowledged Howe. “It feels fantastic; I’m incredibly privileged. Everything just feels right: the club’s potential, the size, the history, the owners. I’ve been very, very impressed with the new owners and their vision. To come to St James’ Park for the first time as manager of Newcastle is an amazing feeling.”

“The level of interest is a new experience for me but I’ll buy into that culture. It’s a much … a very different club to Bournemouth.

“The amount of pressure will be different and I’ll have to handle what comes my way. I’m sure there’ll be some uncomfortable moments but I’ll always keep my dignity and respect.”

“The last thing I want to talk about is January,” he said. “There are so many difficult games between now and then; I want to get the best out of the players we have here now.”