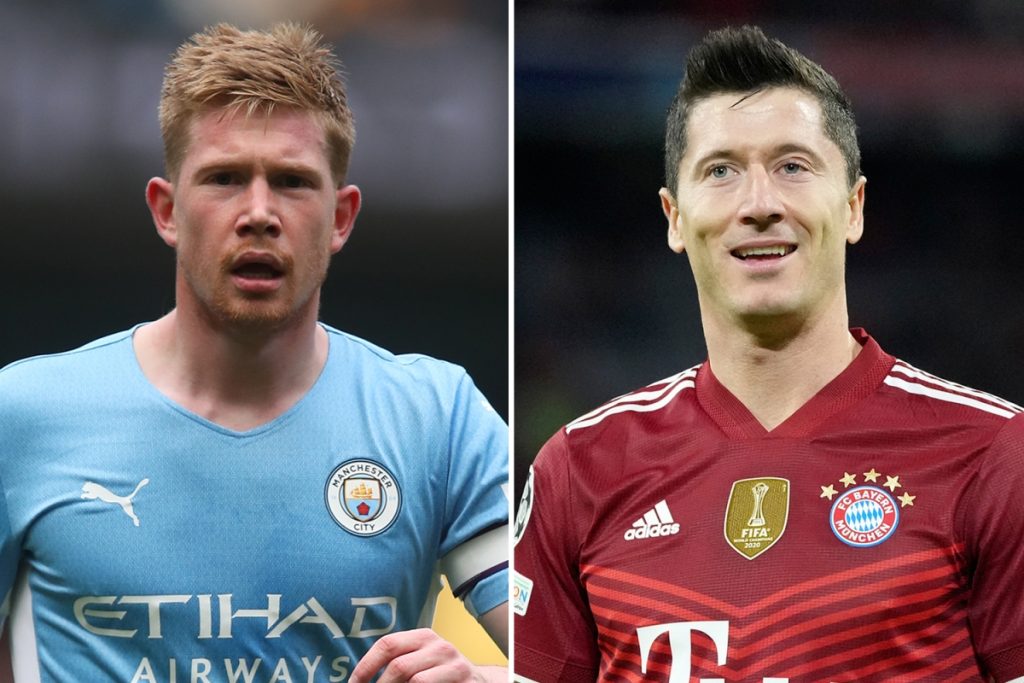 Speaking during a pre-match press conference ahead of City’s Champions League game versus Club Brugge the Belgian said Lewandowski deserves the gong.

“If I had to choose myself personally, I’m going to look at a two-year period.

“I’d choose Lewandowski for what he has done in the last two years – goal scoring wise, and also he’s won a lot with Bayern. He would be my pick.”

De Bruyne’s remarks comes at a time when he alongside four other teammates were also short-listed for the prestigious world footballer of the year award.

Also nominated were Lionel Messi and Cristiano Ronaldo who have in the past years, dominated the awards.

The former (Messi) scooped six while the latter (Ronaldo) won five, tallying to a record eleven awards between the two players.

At the moment, the Argentinian, Messi is the reigning Ballon d’Or holder, after winning the much coveted award two years ago (2019).

But this time around the 34-year-old former Barcelona forward might miss it because as it stands, the odds favour Lewandowski. The 33-year-old Polish captain has had incredible seasons for the past two years.

Last season the in-form striker scored 48 goals from 40 games helping his side Bayern Munich to win the league.

The world’s football family at large remains eager to witness the 2021 Ballon d’Or winner. The awards were last held two years ago but this year’s ceremony is scheduled for 29 November in Paris, France.