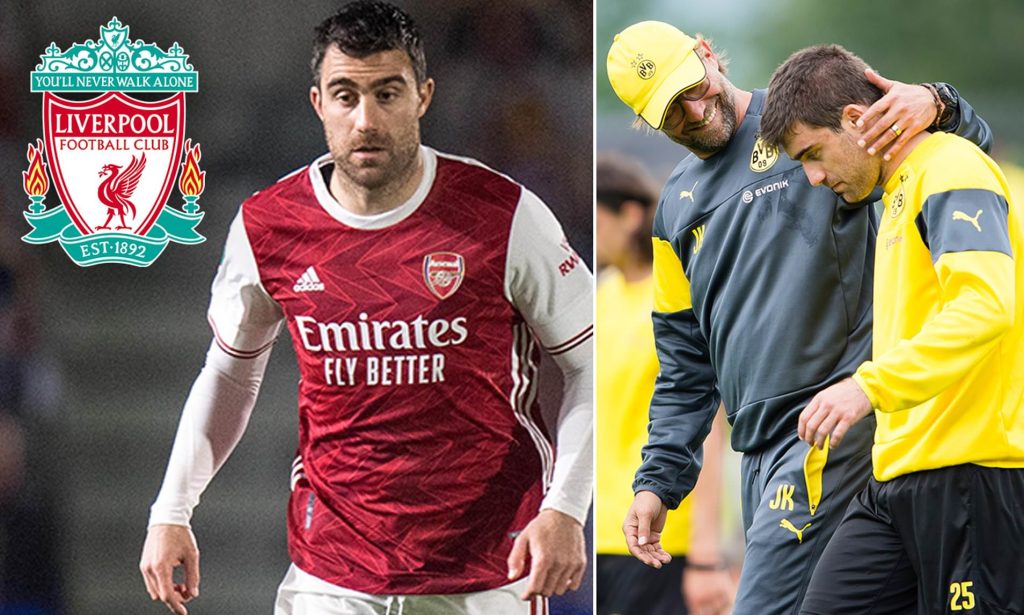 Liverpool 'have made contact with former Arsenal defender Sokratis'

Jurgen Klopp has been forced to concede that he needs to sign defensive cover for his floundering Liverpool side decimated by injuries particularly in defence and multiple reports now suggest they ‘have made contact with former Arsenal defender Sokratis Papastathopoulos’.

Their rock at the back, defender Virgil van Dijk is out for the long term with injury while Joe Gomez and Joel Matip are also unavailable due to injury. The reigning league champions have been forced to sacrifice their midfield by deploying midfielders Jordan Henderson and Fabinho at the back.

Klopp had appeared unwilling to dip into the transfer market, but his continued experiment with youngster Rhys Williams at the back has backfired several times, the latest being their 3-2 FA Cup loss against Manchester United. Williams had a game to forget against Marcus Rashford.

In Sokratis, Klopp will be dealing with someone he knows. It was Klopp who signed Sokratis at his old club Borussia Dortmund in 2013.

The Greek international has a wealth of experience with 463 club appearances and 90 caps for his country. Even though he still had 6 months of his contract to run at Arsenal, the two parties agreed to terminate the contract by mutual consent.

No formal talks have begun yet with the Daily Mail in the UK reporting that “Liverpool have only checked on his situation at present and are not yet in formal talks – with the player likely to link up with Olympiacos in his native Greece.”

“Sokratis is known for his fiery nature and Klopp once joked that he wasn’t sure if the player ‘wanted to kill him’, a comment the defender laughed off after speaking about his old boss in 2019.”

‘I took what Jurgen said as a ­compliment, of course. I had a good relationship with him, having played for him at Dortmund. He was very good with me.’