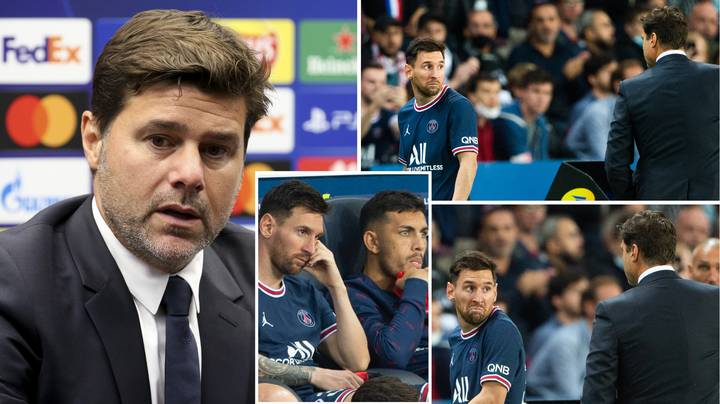 PSG confirmed on Tuesday that Messi is suffering from a knee injury, with an MRI showing bruising on the bone.

The Argentine captain is yet to get on the score sheet for the Parisiens after an illustrious and goal filled career at boyhood club Barcelona.

This announcement comes after Pochettino’s decision to take off the Paris Saint-Germain megastar during the comeback win over Lyon last week which grabbed all the headlines after Messi snubbed a handshake from his manager .

Is Pochettino under huge pressure at PSG after Messi arrival?

PSG has confirmed that Lionel Messi will miss PSG’s trip to Metz on Wednesday night due to injury – just days after boss Mauricio Pochettino was forced to defend his use of the star.

Messi’s night had been brought to an abrupt end, substituted with 15 minutes remaining and the scoreline level after the coaching staff feared he might have been an injury.

Post-game, Pochettino told the football press that relations with Mess were still amicable, declaring his compatriot understood his decision.

Pochettino said: “I took the decision to take Leo off to protect him for possible injuries. We have important games coming up and we want to protect him.

“These are decisions that we make for the good of the team.

“Sometimes the players agree and sometimes they don’t. Afterwards, Messi told me he was fine with the decision.”

Prior to Messi’s departure, the 34-year-old was seen rubbing his knee and working out his leg on the field. He motioned to the bench that he was fine, but Pochettino had other ideas.

However, doctors at PSG will monitor Messi closely as PSG’s blockbuster Champions League encounter with Manchester City looms next week.