Kylian Mbappe hails Marcus Rashford impact on and off the pitch 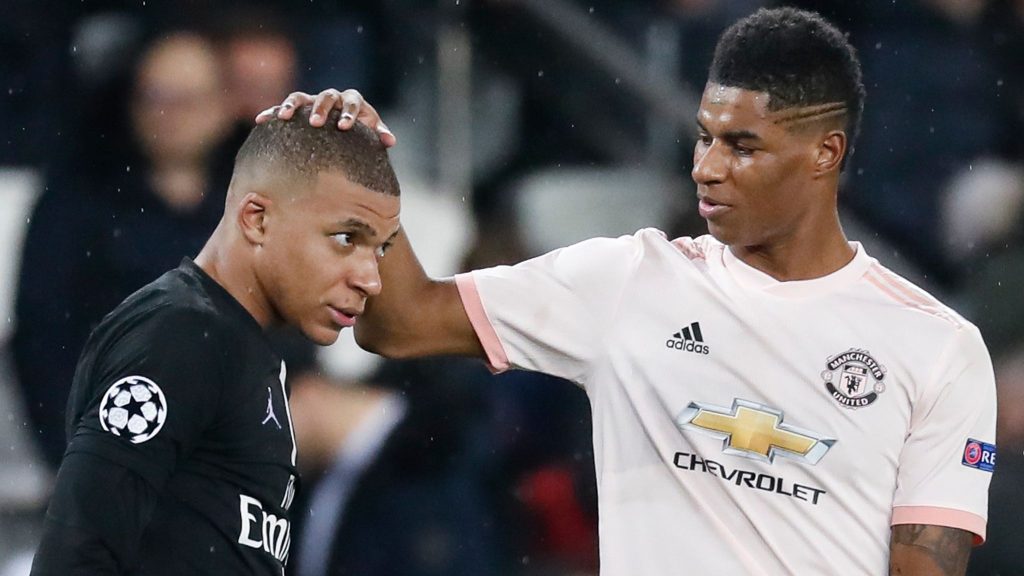 For 90 minutes tonight, their teams will be in fierce competition when they meet in a Champions League group match, but before they meet in the field of battle, PSG’s Kylian Mbappe has spoken glowingly of the potency of Manchester United attacker Marcus Rashford, hailing his impact both on and off the field.

The last time the two sides met, United dumped the Parisians out at the last-16 stage as they mounted a memorable comeback in Paris, with Rashford scoring the decisive penalty in the dying minutes of the game.

While the French World Cup winner respects Rashford for his work on the field of play, he has just as much admiration for his efforts off it as well.

Rashford inspired a government U-turn after his appeal for free meals for poor families was extended throughout the summer. The 22-year-old succeeded in with his eloquent, heartfelt appeal, with Prime Minister Boris Johnson announcing a new £120 million ($150m) “Covid summer food fund” back in June.

The Manchester United and England forward launched a petition last week urging the government to make three commitments to support vulnerable children as part of the #endchildfoodpoverty campaign.

“To tackle an issue as important as child poverty is one of the most important things that somebody can do,” Mbappe said of Rashford’s efforts. “So I have full respect that he’s been doing that and trying to make a real change. I do think there is a requirement for players to use their position to make a difference in the world. We’ve been given so much and it’s important that we give back.”

While he is a difference-maker off the field, Mbappe also pointed out that he was aware of his potency on it as well. The French prodigy also said Paul Pogba, Mbappe’s teammate in the national team, had spoken glowingly of the English international.

“It’s about confidence and he’s a player who plays with so much confidence. He’s one of the most dangerous forward players in England. Paul Pogba has spoken about how special he is – and he doesn’t talk about players in such a way often.”

Solskjaer insists Manchester United will not ‘press the panic button’